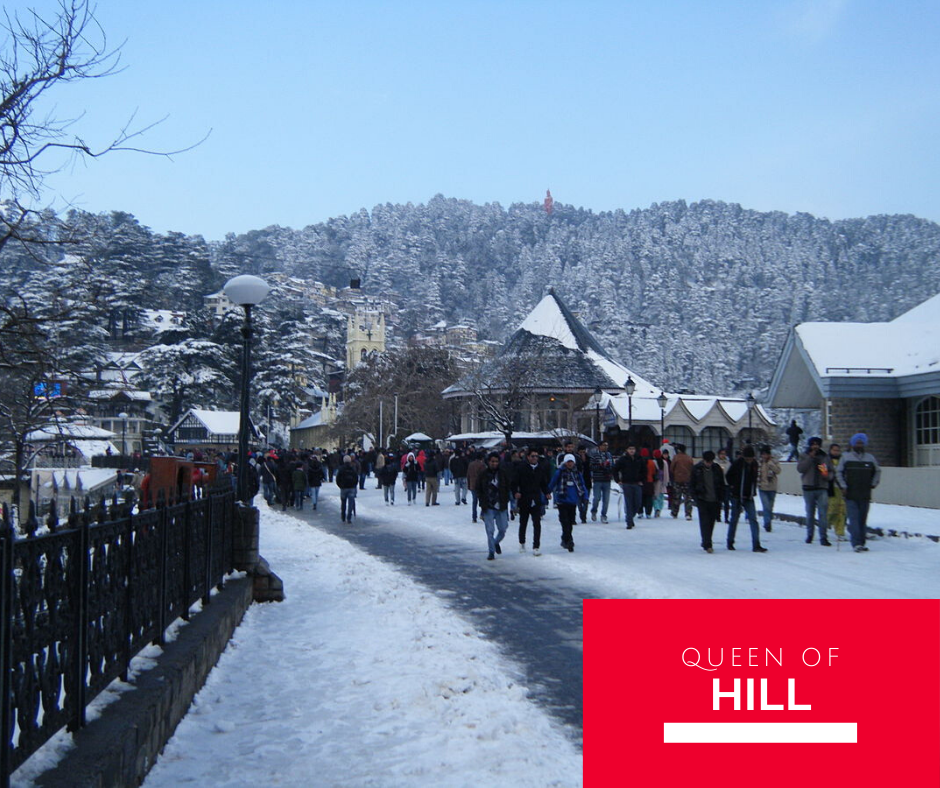 Shimla is situated in the Himalayan foothill. During British Rule, it was the summer capital. The narrow guage railway was completed here in 1903. Shimla is the capital of Himachal Pradesh. It is the largest city of the state. The ideal time to visit Shimla is October - November and March - June. Tourist visit Shimla during winter to witness heavy snowfall and also to celebrate Christmas and New Year.

Shimla is called the Queen of Hill Station. Some of the best places to be visited here are :

The institute is meant for research base in Shimla, India. It was established in the year 1964 by the Ministry of Education Government of India. The institute where it is housed, was originally built as a house for Lord Dufferen, Viceroy of India from 1884 - 1888 and was called the Vice Royal Lodge. It was designed by Henry Irwin. The Institute of Advanced Study is treated as the first electricfied building in Shimla. The electricity was run by steam engine and it was brought from Britain.

The Institute imparts two fellowship programs - National Fellows and Fellows. The term of National Fellows is for two years. For Fellows the duration ranges from 6 month to two years depending on the nature of work and its progress.

Jakhoo Hill is the highest point of Shimla. The area is covered by alpine trees. From the hill, scenic view of snow covered Shivalik Ranges can be enjoyed. Its height is nearly 8000 feet from the sea level. At the top flat place of the hill, there is a Jakhoo Temple. It is Lord Hanuman's Mandir.

It is located at the center of Shimla city, so it is called the heart of Shimla. It is touristed attracted spot as it offers gorgious view of snowcapped mountain ranges. It is a large open space. It is the hub of all cultural activities of Shimla. It's famous shopping center of Shimla is situated along the Mall Road.

The famous summer festival is held in the month of April or May and the whole of Shimla comes alive with colours and activities.

The narrow guage railway was built in 1898. It runs from Kalka - Shimla. The length of the journey is 96.6 Kms single track rail link. Recently, the railway has been added to the World Heritage Site by the UNESCO.

The journey starts from the Shiwalik Range foothill at Kalka - Shimla. The train journey offers specticular view of the surrounding hills and villages.

Mall Road is the main street of Shimla which was constructed during the British Colonial Rule. The offices of fire services, municipal corporation, police headquarters are located here. The Mall Road is the plethora of cafe's, restaurants, departmental stores, shops selling exclusive handicraft works.

You can shop for variety of items such as jewellery, books, crafted wooden articles etc.

Christ Church is a very beautiful structure in Mall Road. It is the second oldest Church in North India after St. John's Church in Merut. The Church was built in 1857. It is the exceptional architectural beauty.

The best time to visit Shimla is during summer season as in summer the weather is quite pleasant and you can do lots of adventures outside. The best season to visit Shimla if you want snow is the winter season, which is between November and February.

In Shimla, you can witness snow from late December and lasts till February.

The ideal time for snowfall in Shimla and Manali is from December and lasts till March. 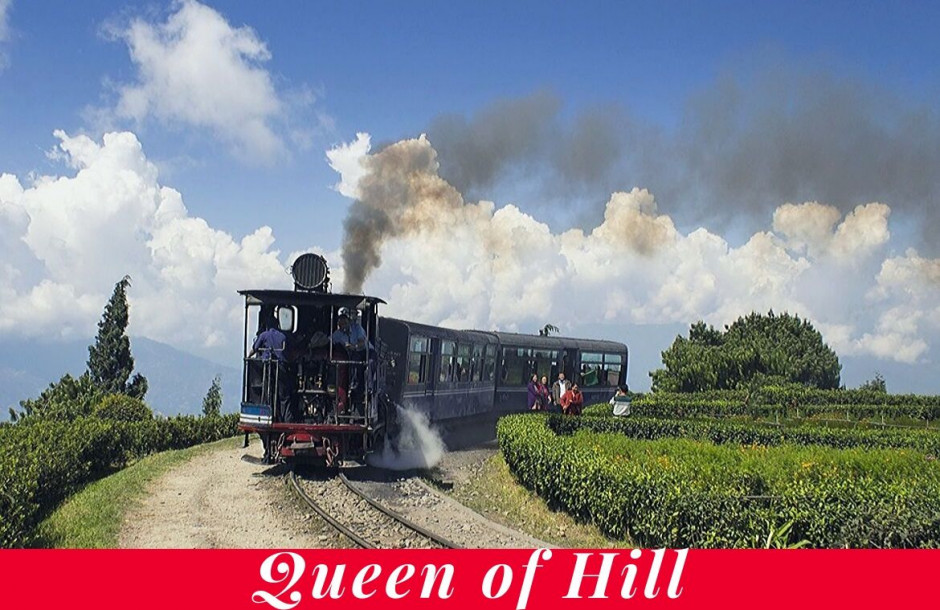 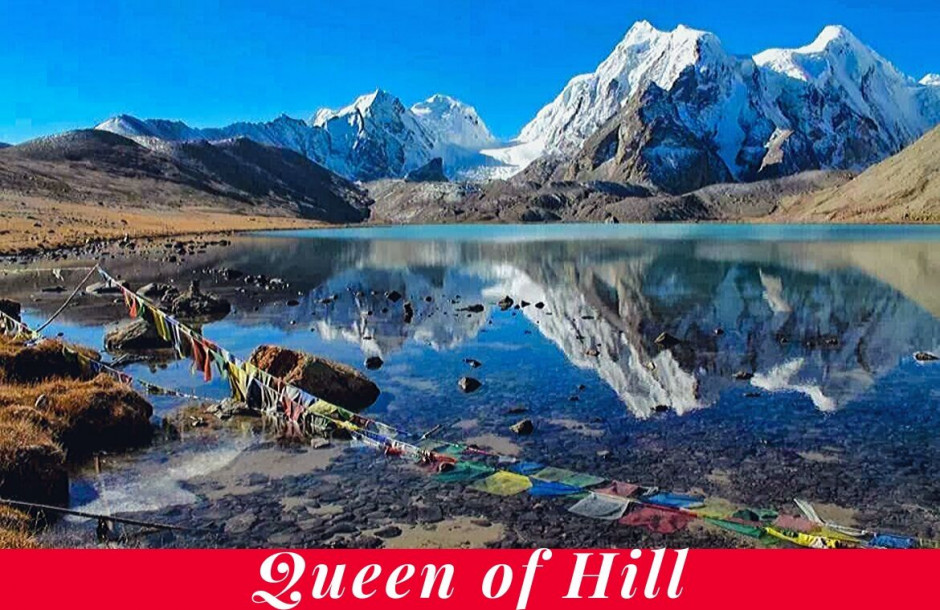 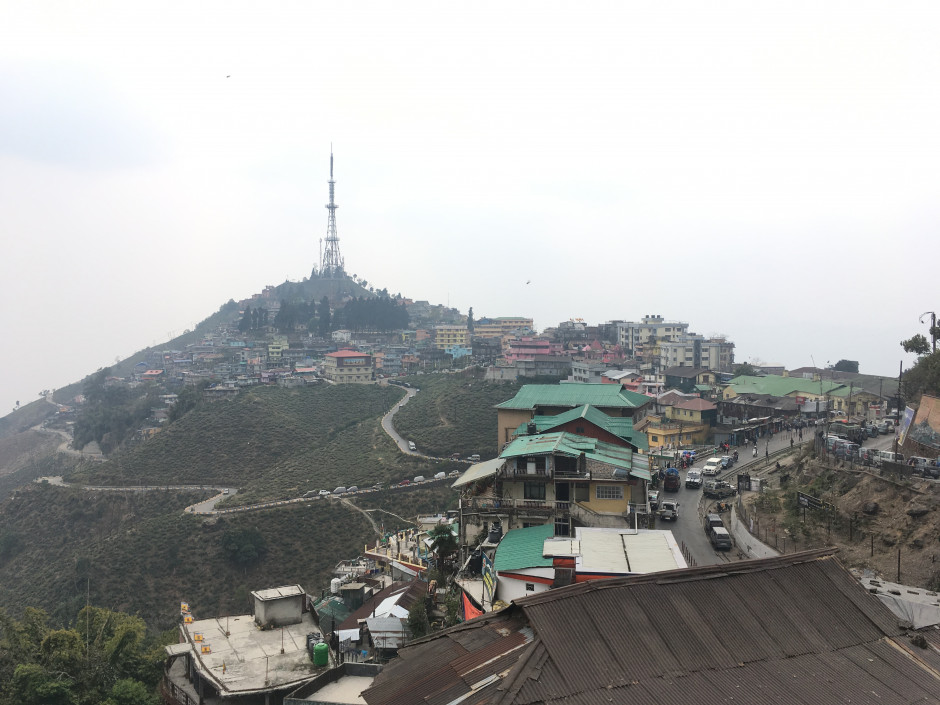 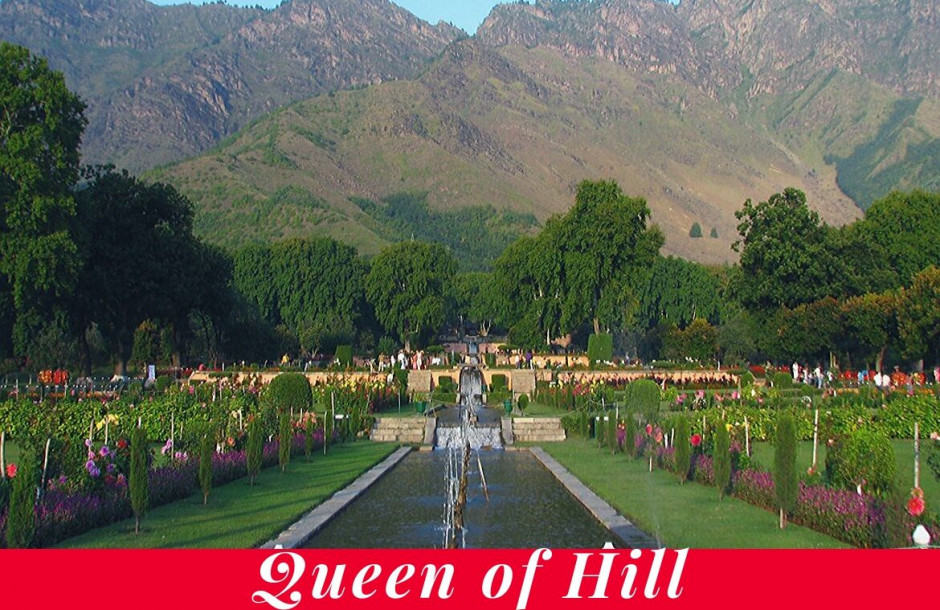 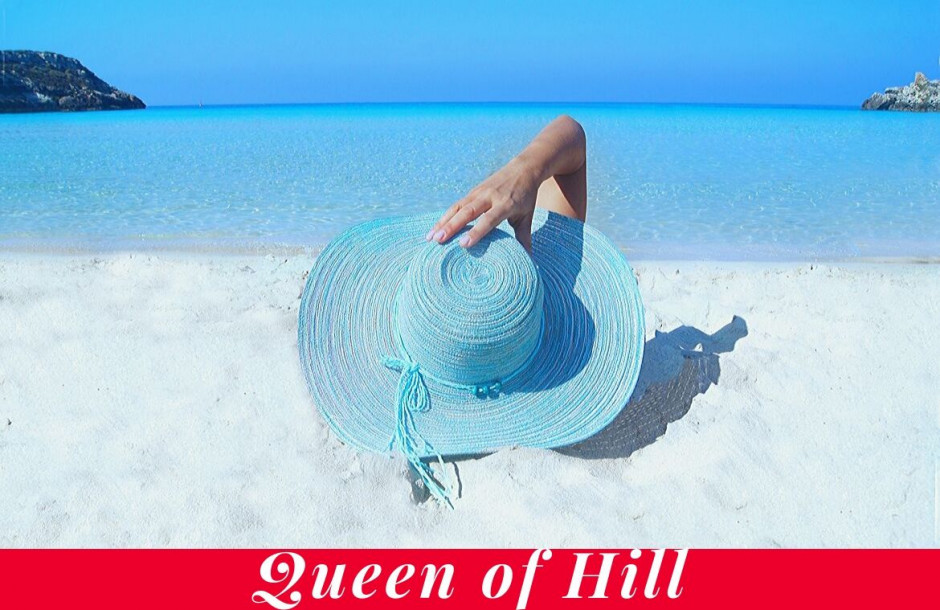 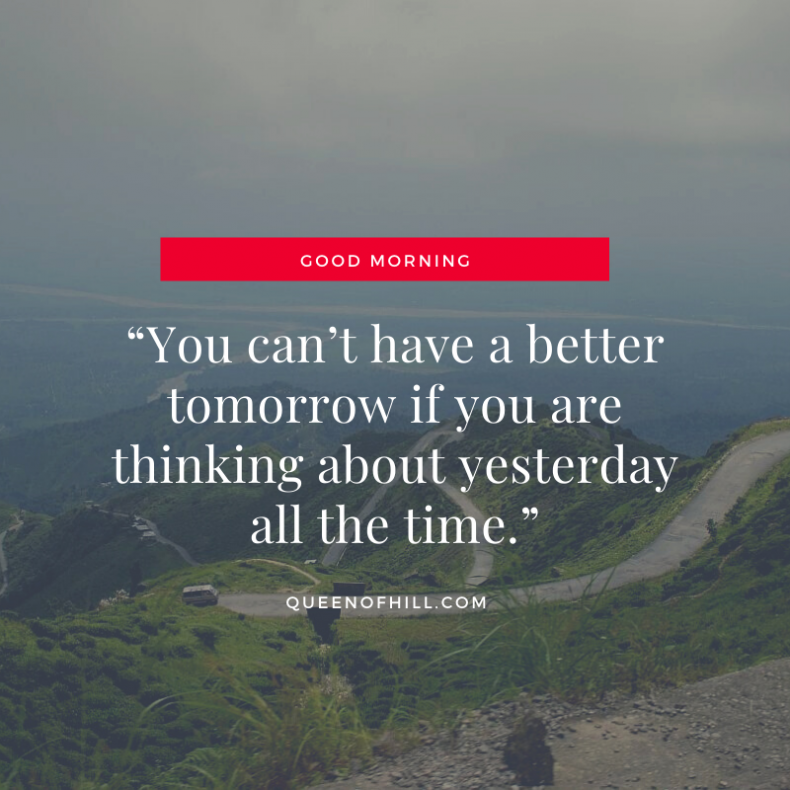 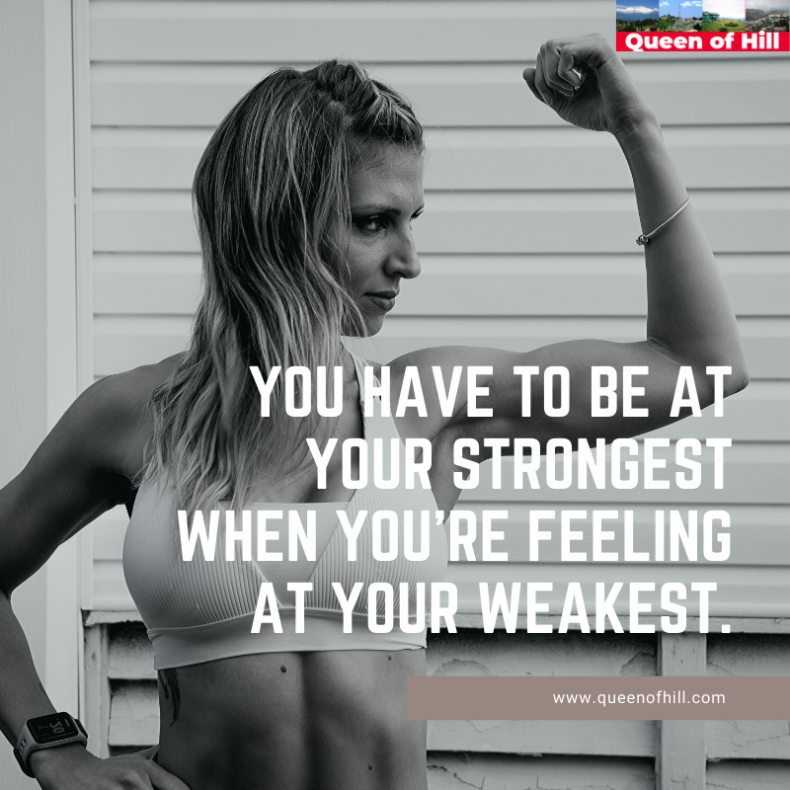 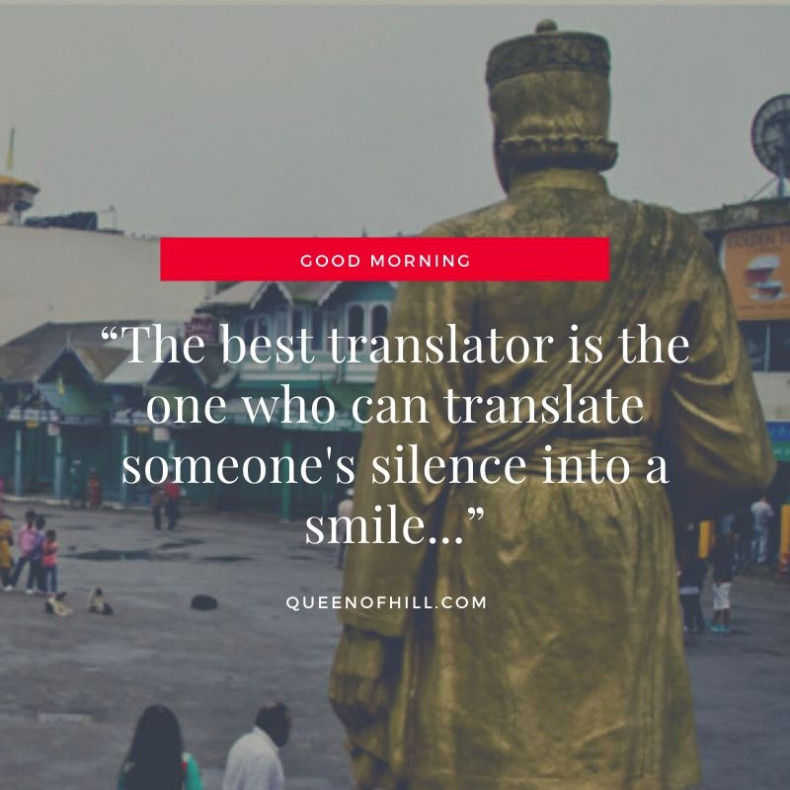 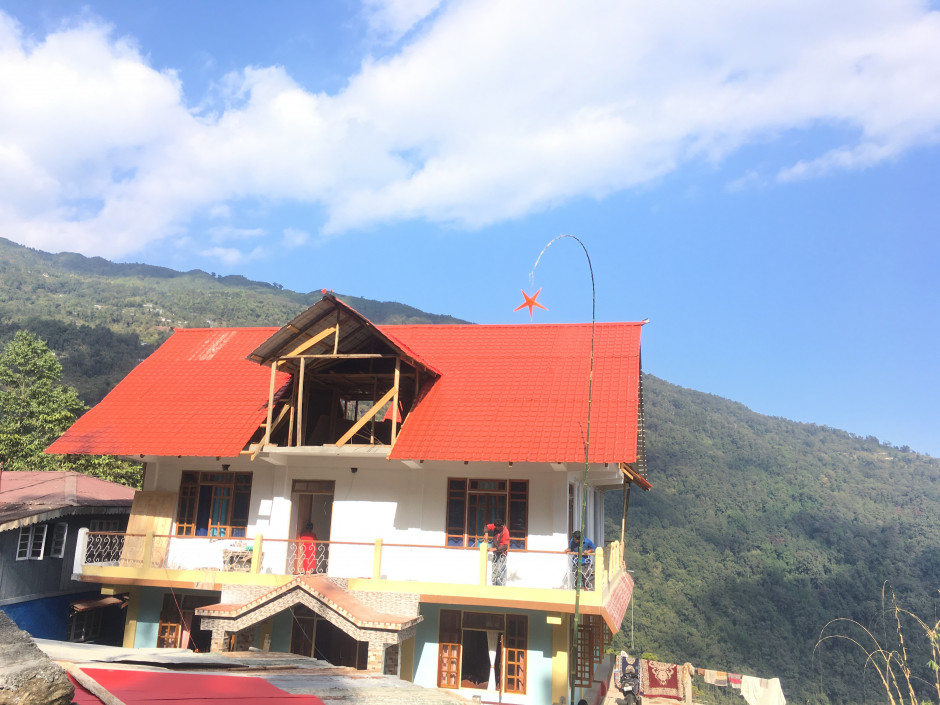 1. Mantra Band Members from Darjeeling Out of Danger after Car Accident in Sarangkot, Pokhara

5. Diwali Gift for Employees from The Government 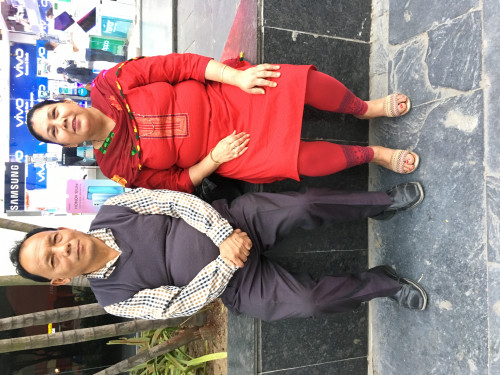